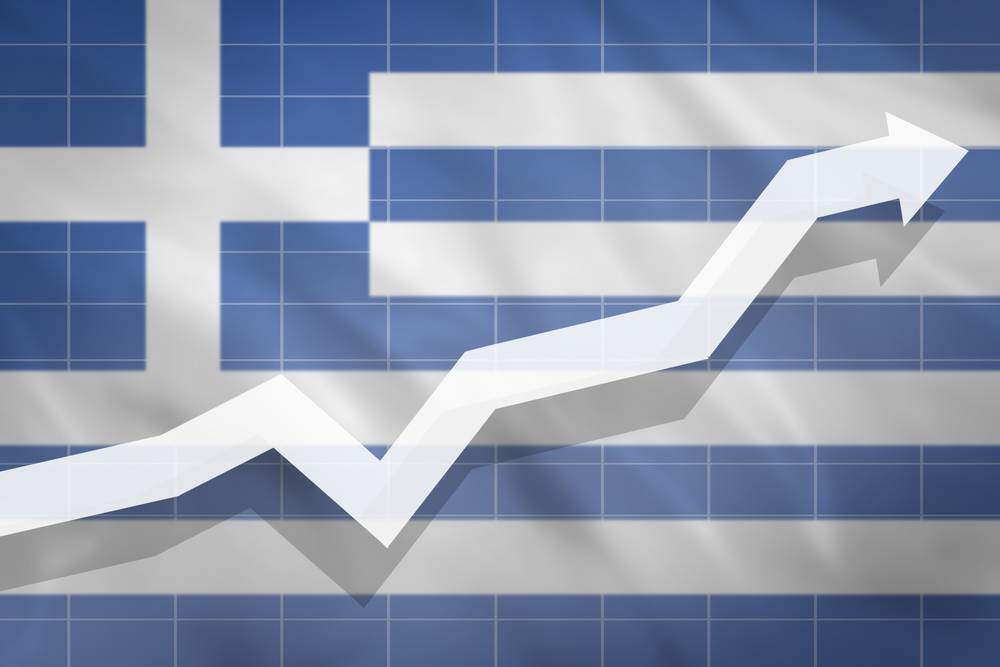 London, 23 June 2017 — Moody’s Investors Service (“Moody’s”) has today
upgraded Greece’s long-term issuer rating as well as all
senior unsecured bond and programme ratings to Caa2 and (P)Caa2 from Caa3
and (P)Caa3, respectively. The outlook has been changed to
positive from stable.

Greece’s short-term ratings have been affirmed, at
Not Prime (NP) and (P)NP.

The key drivers for today’s rating action are as follows:

1. Successful conclusion of the second review under Greece’s
adjustment programme and release of a tranche of €8.5 billion
in the coming days. Beyond the near-term impact of allowing
Greece to repay upcoming maturities, we consider the conclusion
of the review to be a positive signal regarding the future path of the
programme, as it required the Greek government to legislate a number
of important reform measures.

2. Improved fiscal prospects on the back of 2016 fiscal outperformance,
expected to lead soon to a reversal in the country’s public debt
ratio trend. The government posted a 2016 primary surplus of over
4% of GDP versus a target of 0.5% of GDP.
Moody’s expects the public debt ratio to stabilize this year at
179% of GDP, and to decline from 2018 onwards, on the
back of continued substantial primary surpluses.

3. Tentative signs of the economy stabilizing. While it
is too early to conclude that economic growth will be sustained,
Moody’s expects to see growth this year and next, after three
years of stagnation and a cumulative loss in output of more than 27%
since the onset of Greece’s crisis.

The decision to assign a positive outlook to the Caa2 rating reflects
Moody’s view that the prospects for a successful conclusion of Greece’s
third adjustment programme have improved, which in turn raises the
likelihood of further debt relief. The euro area creditors have
committed to further extend Greece’s repayment terms to the EFSF
(European Financial Stability Facility; senior unsecured Aa1 stable)
if needed after August 2018 when the programme ends. Later repayment
to official creditors would improve Greece’s capacity to service
debt held by private sector investors, to which Moody’s ratings
speak.

This website uses cookies to improve your experience while you navigate through the website. Out of these, the cookies that are categorized as necessary are stored on your browser as they are essential for the working of basic functionalities of the website. We also use third-party cookies that help us analyze and understand how you use this website. These cookies will be stored in your browser only with your consent. You also have the option to opt-out of these cookies. But opting out of some of these cookies may affect your browsing experience.
Necessary Always Enabled

Any cookies that may not be particularly necessary for the website to function and is used specifically to collect user personal data via analytics, ads, other embedded contents are termed as non-necessary cookies. It is mandatory to procure user consent prior to running these cookies on your website.

SAVE & ACCEPT
Go to Top